The Tai Chi Hand Form is a series of movements done at a very slow tempo.

Wudang Tai Chi Chuan Hand Form is known for it’s graceful, slow and vigilant movements that almost resembles a classic dance, as the Chinese each morning are out in the parks, moving in slow motion. The movements however, has nothing to do with dancing, but are effective Self Defence techniques put together to be executed in a natural flow, like the water streaming through the river. The Wudang Tai Chi Chuan Hand Form is constructed from Self Defence techniques and not the other way around. Observed closely, one may note that the Hand Form techniques constantly shift between defensive and offensive. There are many ways to learn the Forms, but with PTCC DK one must first learn the Square Form and then the Round Form. This is equal to learning the block letters before the flowing script. To learn the Square Form first has several advantages; Primarily that it is easier for the beginner to learn the movements and secondarily that it is easier for the instructor to correct the techniques and making it easier for the student to perform it as correctly as possible from the start.

In Wudang Tai Chi Chuan we have 3 different Hand Forms. The original Long Form and 2 Short Forms, which has been constructed from the Long Form.

The Short Hand Form are 34 techniques put together in a series that takes about 4 minutes to complete when done in a suitably slow tempo. It’s divided into 6 sections and is first taught as a Square Form, then the Round Form.

This is the Hand Form that everyone starts out leaning. It takes about 6 to 9 months to learn the Square and Round forms depending on your personal effort 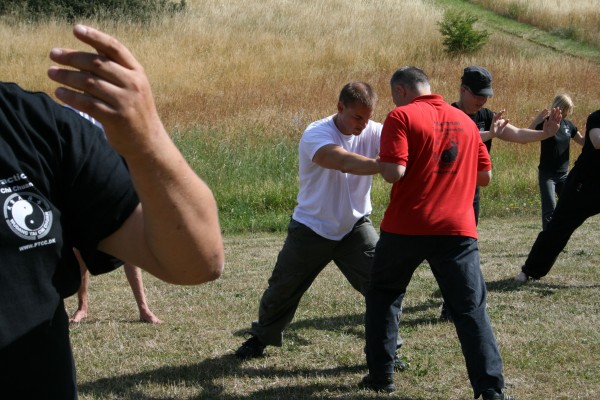