Apart from Tai Chi being written in many different ways, such as – Tai Chi, Tai Chi Chuan. Thai Chi, Taiji, Taijiquan, there are also many different styles of Tai Chi, which, even for the initiated, can be quite a jungle to sort through. It is said that there are 5 major styles; Yang, Chen, Wu/Hao, Wu and Sun – apart from these there are several more styles that have developed from the major styles. Our own (PTCC DK) style, Wudang, is one of them.

The Chen Style is known as being very dynamic, low stances and Fa Jin (explosive force). It is fast and slow, combined with jumps and stamping the floor. “Old Form” and “Cannon Fist” was developed by the 17th generation. Some say that the Chen Style is “parent” to all other styles. The Chen Style was founded by Chen Wangting. 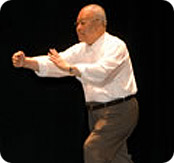 The Yang family got involved with Tai Chi Chuan in the beginning of the 19th century. The founder of Yang Style was Yang Lu-Chan (1799-1872), who learned the “Old Form” from the 17th generation of the Chen family. The moves in Yang style are slow, gentle, even and big. Characteristics of the Yang style are that the weight displacement is more 60/40 and that the back is more vertical when compared to our (PTCC DK) style – Wudang Tai Chi Chuan, that has the weight displacement at more like 90/10 and where we lean into the techniques. Yang style is most widespread style in the world and is the foundation of 3 of the 5 major styles in the world. 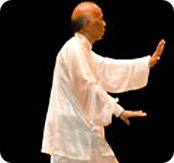 The first Wu style descends from Yang and Chen style and is slow, soft, small and the stances are high. Wu Yu-hsiang (Wu Yuxiang) learned from Yang Ban-hou (son of Yang Lu-chan) and Chen Qingping (14th generation Chen style). Wu/Hao is smaller in its execution. 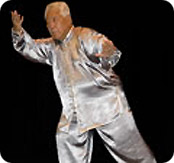 The Wu Style was founded by Wu Ch’uan-Yü (Wu Quanyou) and his son, Wu Chien-ch’uan (Wu Jianquan). Wu Ch’uan-yü learned from Yang Ban-hou (son of Yang Lu-chan). Characteristics for the Wu style is that they lean into the stances, but always having a straight line from the back heel up through the back. PTCC DKs style, Wudang, takes its greatest influence from the Wu style as Cheng Tin-hungs uncle was a student of Wu Chien-ch’uan and Qi Min Xuans father was a student of Wu Ch’uan-yü. 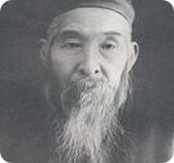 The Sun Style Tai Chi Chuan is an inner martial arts discipline, in which characteristic elements of Xingyiquan, Bagua Zhang and Taijiquan/Tai Chi Chuan has been combined. The Sun style is characterised by fast, agile movements, good coordination, it is strict/harsh in it execution with a graceful carriage.

The legendary Grandmaster Sun Lu Tang founded it at the beginning of the 20th century. Grandmaster Sun was a very intelligent, dedicated and talented martial arts student who at first was inspired by the effective theories and tactics of Xingyiquan.

As for the moves in the Sun style, they descend from Hao Wei Zhen’s Hao style, which has smaller movements as opposed to Yang Chen Fu’s Yang style – big and open movements. There are however, moves that differ from the Hao style. The moves in Sun style demands constant shifting of the weight by bringing the empty foot closer to the full, whereas the moves of the Hao style has a tendency of smaller shifts from foot to foot and a wider use of “Bow” stances.