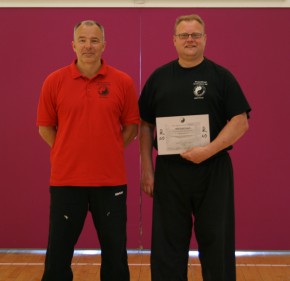 In the weekend, june 8-9th 2013, Instructor at PTCC Silkeborg, Peter Gyde Hansen, has partially passed his exams as a Qigong Instructor. At the Summercamp 2013 he will take his exams in the final 2 Qigong series.

From August 2013 Peter will be teaching both Practical Tai Chi Chuan and Qigong in Silkeborg and will be kickstarting the season with a demonstration at Silkeborg Square on saturday the 10th of August, at which you can get a taste of what you can learn at his classes.
On Sunday the 11th of August ther will be 2 free workshops in Silkeborg, where you can try it all out. There will be 1 hour with Qigong and 1 hour of Practical Tai Chi Chuan and there will be more information on these later.

Sign up for our Newsletter in the column to the right on this page to get updated on current events in the Organisation. 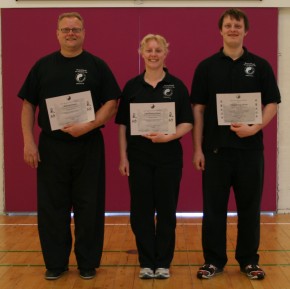 Congratulations to them all.

The Education has spanned 2 1/2 years over 16 weekends and with regular, partial exams. You can read more about the Education of Instructors here.

It has happened. The Tai Chi and Qigong Summercamp is sold out.
If you were too late, you can sign up to the waiting list and hope that a spot will open for you.
Click here: Sold out, but if you wish to join our waitinglist, click here (formular in danish) 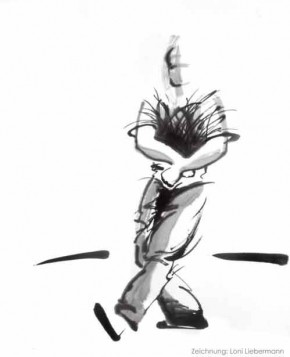